The Expo ’70 Commemorative Park in Suita City, Osaka Prefecture is known for its Tower of the Sun, but it’s not well known that there is a very interesting museum nearby. 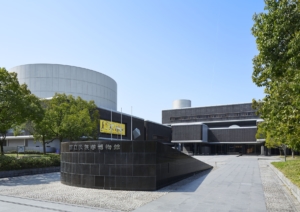 The National Museum of Ethnology, which is open for more than 40 years, is where you can get information about ethnology and discover new things. It’s nicknamed “Minpaku" in Japan.

Now, can you see your own country information and exhibits in Minpaku?

When you enter the entrance, you’ll notice a big exhibition. Actually, this is a large music box.

It was made in Amsterdam in the Netherlands in the 1930s. The musical score used since then makes you feel the history. You can actually listen to music by turning the big handle! 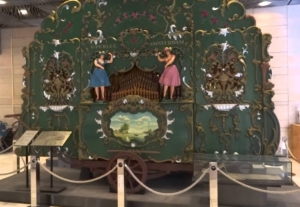 The 1st floor where the entrance is located has an information center, a restaurant, a shop, a rest area and a special exhibition hall, and the main exhibition hall is on the 2nd floor.

You can borrow a free electronic guide at the information desk. (Japanese, English, Chinese, Korean) More than 300 videos are included.

Then let’s go to the 2nd floor!

This is a canoe that sailed 3,000 kilometers, using traditional navigation, from Micronesia to the site of the 1975 Okinawa International Ocean Exposition.

The total length is 8 meters, and the height of the mast is 7 meters. 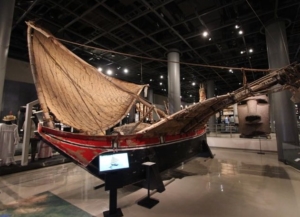 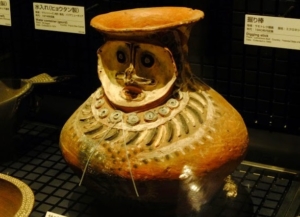 The big wooden machine squeezes sugar cane juice. It was used in various parts of Latin America in the 17 century, and it’s still used in some areas. 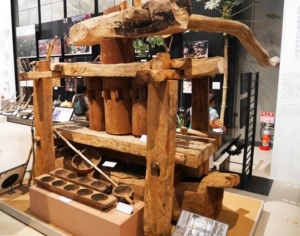 These’re the clothes of the people of the Americas. In the vast Americas, the natural environment varies from region to region, so there’re various types of clothing to adapt to it. 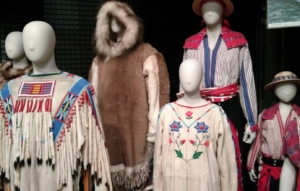 In North America, totem poles have been made for monuments and tombs. Eagles, bears and beavers closely related to the ancestors of each family are drawn as Kamon. 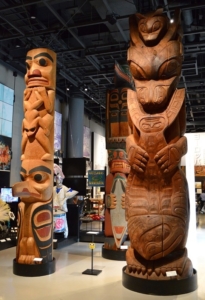 Agriculture in Europe is centered on wheat and cattle farming, and bread is one of the most basic foods. You can see the diversity of Europe from the shape and the way they are eaten.

This is Scheller and Roller from Tyrol, Austria. The masculine sheller on the left represents winter and the feminine roller on the right represents spring. 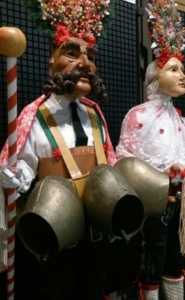 As the era of modern industry began, labor became important. There’re various irons on display, but some of them seem to be loved as antiques. 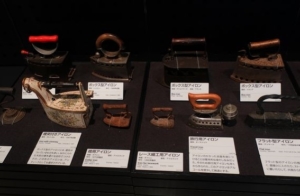 This is called “Cycle of Life". 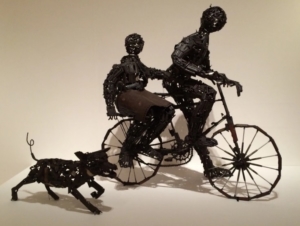 In Mozambique, a civil war that lasted until 1992 years after the country gained independence in 1975 left large numbers of weapons for civilian use after the war ended. Currently, a project called TAE (Transforming Arms into Plowshares) is underway to collect the weapons in exchange for farming equipment and bicycles, and to use the collected weapons to create works of art.

These are reproductions of the excavation site of the royal palace in the 10 century. It’s the oldest royal palace in West Africa, and it was excavated by a joint research team of Minpaku and Mali Agency for the Protection of Cultural Properties. 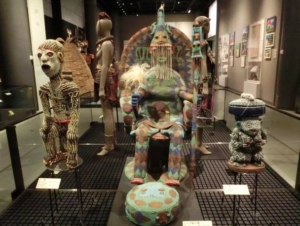 This is a banner called Kiswa. After the ceremony, it’s divided into small parts as a Muslim’s charm, so it is rare that it remains as it is. 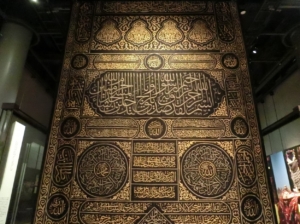 The Asian exhibition area is especially large. You can see the ethnic characteristics of every region from West Asia to Japan in the Far East. 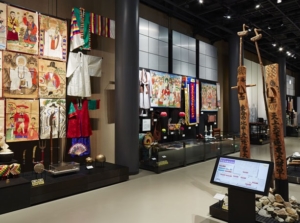 You can feel the atmosphere of Minpaku more in the video.

Inside the Tower of the Sun – Taro Okamoto’s World

Minpaku is a museum that you’ll want to visit many times on a scale that you won’t be able to visit in a day. The exhibition I introduced this time is only a small part, so please see it with your own eyes.

By interacting with ethnic cultures around the world, you’ll surely discover new things!