Sumaura Sanjo Yuen Park in Suma Ward, Kobe City, Hyogo Prefecture is a park consisting of a botanical garden and an amusement park. It’s opened for 1959 years and has a history of about 60 years. 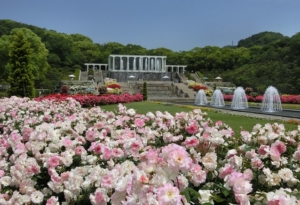 Do you know there’s a conveyor that carries people at the top of the park?

Let’s see what kind of ride it is!

To get to the top of the mountain, you need to take the Sumaura Ropeway first.

The ropeway can accommodate 30 people and is 424 meters long. There’re white gondolas and red ones. The white ones are called Umihiko and the red ones are called Yahiko.

There’s a large panorama below. The contrast between the streets of Kobe and the sea is beautiful. I remember the excitement of my childhood.

After a five-minute ropeway trip, you’ll need another vehicle to reach the summit. That is this human conveyor. 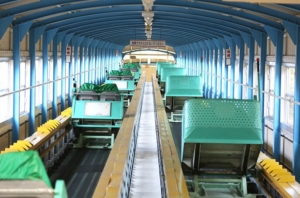 The name of this vehicle is called Carlator, which is a combination of a car and an escalator. It’s a Japanese original word. 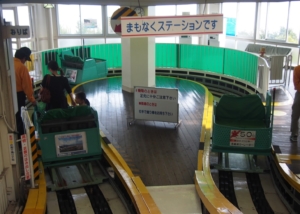 The gondola on the conveyor is circulating without stopping when getting on and off. The gondola is for 2 people and uses a conveyor belt to carry people to the top of the mountain 90 meters away. 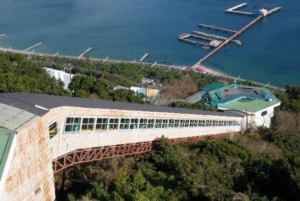 The Carlator was established in 1966 as a moving mountain trail where you can climb steep mountain roads without worrying about rain. There were 44 units in operation when it opened, but there’re 18 units now. This is a unique vehicle that is currently only here in the world.

Let’s jump onto the Carlator and go to the top of the mountain!

Let’s get on the moving gondola quickly. The staff is always there, so you don’t have to worry. 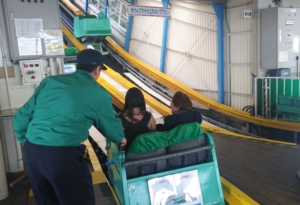 As soon as you get on, you can feel a big vibration from your bottom.

In fact, Carlator is known to be uncomfortable to ride. However, the conveyer belt has been replaced periodically, and there has been no accident since the opening. Let’s enjoy the vibration at ease. 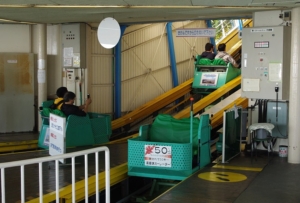 Now, this uncomfortable ride has become a selling point, and it’s adjusted to produce moderate vibration.

It’s better to think that the Carlator is a ride in an amusement park rather than a means of transportation. People who are not feeling well or pregnant women should refrain from it.

When you get to the top of the mountain, there’s an observation deck. You can see the blue sea, Kobe city and Akashi Kaikyo Bridge from the observation deck on the roof. 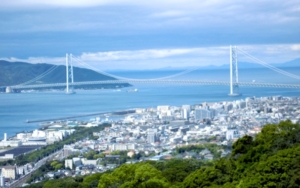 The cafe on the 3rd floor is a revolving cafe (Tenbokaku) where the floor rotates 360 degrees slowly. You can enjoy the scenery moving slowly while resting. It goes around 1 lap in about 45 minutes. 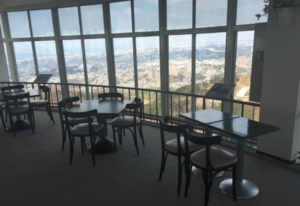 The ropeway is usually open until evening, but it’s open at night on a limited day in August. That day is crowded with many photographers and couples. 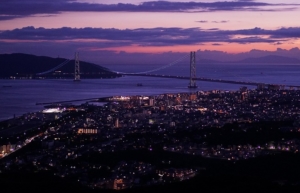 The night view of Kobe and the illumination of Akashi Kaikyo Bridge (Pearl Bridge) are fantastic.

Sumaura Sanjo Yuen Park is a good hidden spot where you can feel the Showa era of Japan!