There’re several sights in Osaka that are unbelievable to people from other countries and regions.

One of them is a sights of a expressway running through a building. It’s a common sight for locals, but people who see it for the first time shout, “unbelievable!". 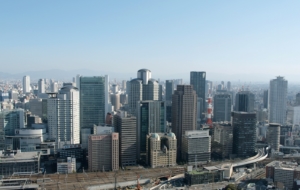 Why did this happen? Let’s get to the mystery!

What kind of building is it?

The building through which the expressway passes is called Gate Tower Building, which is located about 10 minutes walk from JR Osaka Station.

At first glance, it looked like an ordinary building, but when I looked up, I saw an unbelievable view spreading. 😲 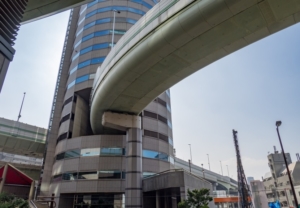 The negotiations became bogged down because both sides never gave in. The conclusion was that the building would be built on schedule and the expressway would pass through it. 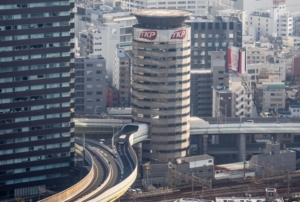 All floors of the building are rental conference rooms, but floors 5 to 7 are tenants of Hanshin Expressway. Although it’s a tenant, there’s no room, only a expressway. 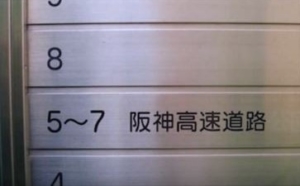 What’s it like when we actually drive on the expressway?

The expressway is on the Route 11 Ikeda Line. We can see the sight when we run from the direction of Ikeda City to the center of Osaka. 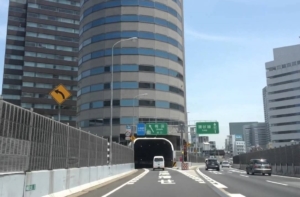 If we’re driving along the expressway toward Osaka, we’ll see an exit sign “Umeda". At the same time, we can see a hole in the center of the building! 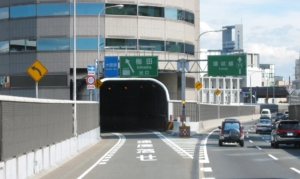 If we go further toward the exit, we’ll be sucked into the building. The passage time is only a moment, but the feeling of actually passing is very strange.

I admire the people who solved the problem by passing the expressway through the building.

Umeda is only in the center of Osaka and there’re a great number of cars using this exit. It’s a strange spot that’s used too often.

Surprise in Kansai
Activities in kansai

If you are looking for a rental conference room, why don’t you choose the Gate Tower Building, with a view of the exprssway?