Driving along Osaka Bay Area, you suddenly see buildings with unique looks. I think there are many people who care about it. 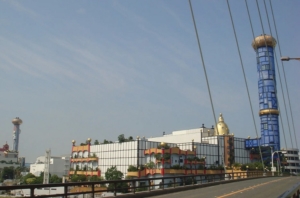 The facility’s exterior was designed by Austrian artist and architect Friedensreich Hundertwasser (1928 ~ 2000). 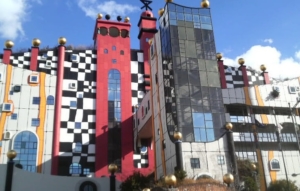 Then, why did they adopt such a stylish design?

I will introduce the reason and this facility in detail.

What kind of facility?

His architecture, which incorporates the theme of symbiosis with nature with a unique color on the form that uses many curves, has an overwhelming presence in Japan, Austria and Germany. 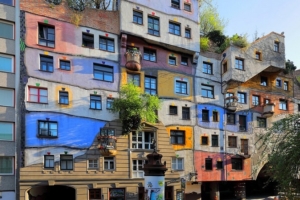 Maishima (artificial island), where the facility is located, is the area that was planned as the venue for the 2008 Olympic bid for Osaka. 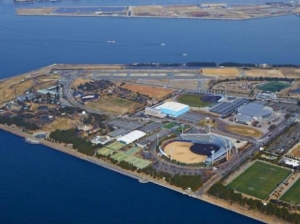 Osaka City wanted to build a building with an impact in Maishima, and the theme of the creation of Hundertwasser, which places importance on the environment, resonated with the idea of Osaka City to create this facility. 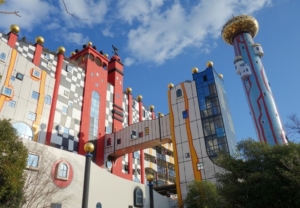 Also, as it was completed at the same time as USJ, some people entered here by mistake at first.

He is known for his architecture in harmony with nature, and because there are no straight lines or identical objects, the building is designed with windows of various curves, sizes, and shapes. 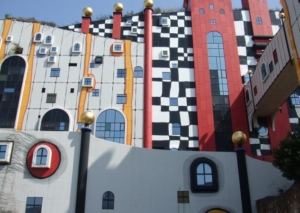 Red, yellow, orange and black are mixed in the white exterior wall, and the golden ball is shining with the light at the tip.

The highest projection on the left side of the building is the chimney as you imagine. 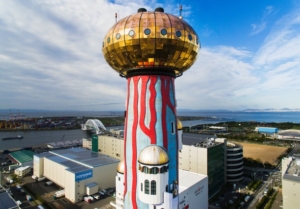 There are only two garbage treatment plants in the world that he designed.

One is the Maishima Plant and the other is the Spittelau Waste Incineration Plant in Vienna, Austria, where he is from. 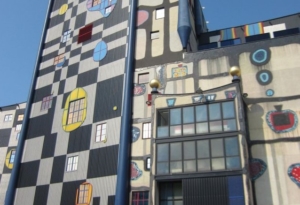 In order to see this wonderful design, many tourists from not only Japan but all over the world visit this popular sightseeing spot.

On the first floor of the Maishima Plant, the entrance and elevator are uniquely designed, making you feel like you are lost in the game. 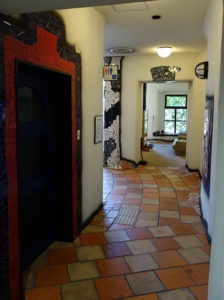 You will take the elevator to the 5th floor and start the factory tour.

At first, a 1/150 scale factory model is on display, and you can see how the garbage is being disposed after being given an explanation of the garbage incineration plant. 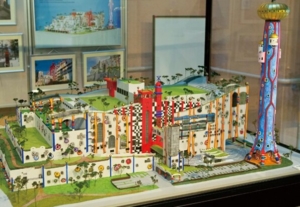 Next, a huge garbage pit appears. What you can see from the window is a huge crane carrying garbage without rest. Garbage brought in by a garbage truck is first collected here.

Pits like deep valleys can collect up to 900 tons of garbage a day. 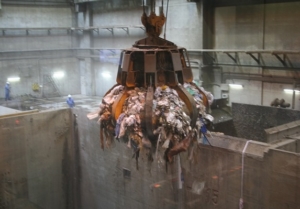 The garbage crane is fully automated and can hold about 7 ~ 8 tons of garbage at a time. Even if you don’t like science fiction and mechanics, you can enjoy watching huge iron claws come and go in a large space. 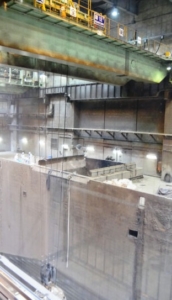 The waste collected in the waste pit is transferred from the input hopper to the incinerator, where it is incinerated in a flame of about 1000 ℃.

At this point, the volume of waste that has completely turned into ash is 1/20 of the volume before incineration and moves to the ash pit. 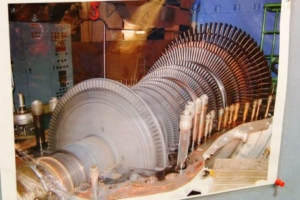 In the process of this work, thermal power generation using waste as fuel is carried out, and the Maishima Plant also functions as an energy manufacturing plant by selling surplus power to electric power companies.

Incineration of waste generates dioxin and toxic exhaust gas. Dust filters and gas scrubbers, which account for the majority of the Maishima Plant, decompose these substances and detoxify them by reducing harmful substances to 1/100 of the standard value. 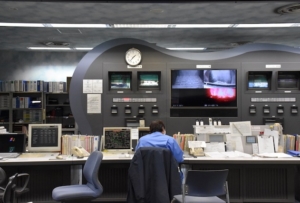 The factory tour has finally reached its climax. This is the only facility in Osaka City to crush large waste, which is only available at the Maishima Plant.

Large pieces of garbage such as bicycles and furniture piled up at the bottom of the pit are grabbed like a crane game and sent to the next crusher with a rattling sound.

You can visit the Maishima factory for free, but you need to make a reservation by phone. 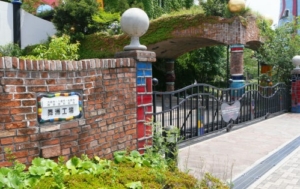 The reception is on a first-come-first-served basis, and you can choose the visiting hours from the 3 times of 10, 13 and 15 o’clock from Monday to Saturday.

It takes about 1 hour and 30 minutes to visit the factory, but we accept reservations up to 7 days before the desired date. 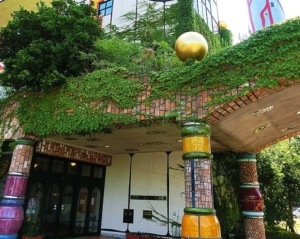 Not only children but also adults can enjoy visiting the Maishima factory, so it is a recommended spot for families to enjoy.

There is another facility designed by Hundertwasser (Maishima Sludge Center), just a short walk from the Maishima Plant. 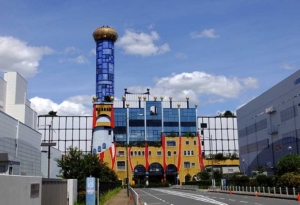 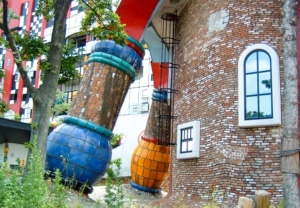 In the entrance which is open to the public, you can see the exhibition which explains the outline of the facility and the mechanism of sewage treatment. 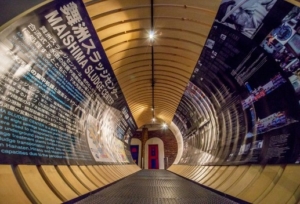 You can also visit this facility by making a reservation in advance. You can see the process of dehydrating, drying, grinding, and melting the sludge that contains about 98% of the water sent from each sewage treatment plant.

The two facilities in Maishima, where visitors can learn about environmental issues as well as appreciate art, are attracting attention as places where Osaka is proud of. 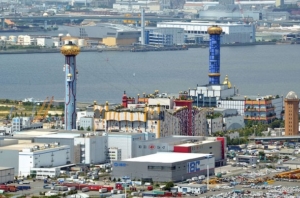 By the way, there are two more works by Hundertwasser in Japan. One is Kids Plaza Osaka and the other is Countdown 21st Century Monument for TBS in Tokyo.

It is surprising that there are 3 pieces of his work in Osaka. 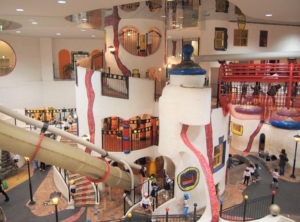 When you visit Osaka, please enjoy his 3 colorful and wonderful works!

The Akashi Kaikyo Bridge, which spans be ...