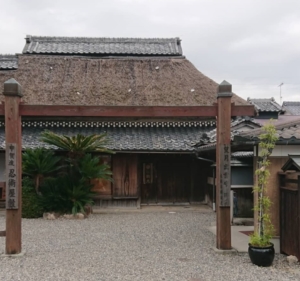 The mansion is decorated with various tricks and is popular among adults, children and ninja fans. I’ll introduce the history and highlights of Koka Ninja House in detail.

Koka Ninja House is a ninja house built between 1688 and 1704 by a family of ninja named Mochizuki.

It’s said that Mochizuki, who had excellent ability as a ninja at that time, put many tricks on his house. 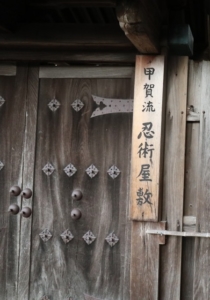 The exterior of the Koka Ninja House looks like an ordinary farmhouse, but it has a three-story interior and even a hidden room.

There’s a guide in the Koka Ninja House, but for those who don’t understand Japanese, I’ll introduce you to the tricks and highlights.

When it comes to Ninja House, Revolving wall is a must.

It looks like an ordinary wall at first glance, but it has a revolving door with a little force. The ninja spins around with their back to the wall, and if they go to the other side of the wall, they seem to have disappeared. 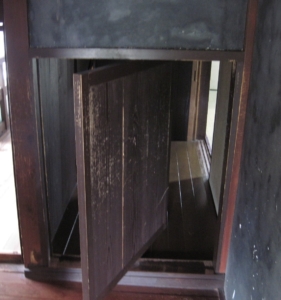 At the Ninja House, such devices were used to darken the room, allow the person to enter the room and then close the exit or hide himself.

In order to hide from the enemy, Ninja used Revolving wall or closed the exit after letting the enemy enter a dark room.

Ninja House has several pitfalls. The ninja lured the enemy into a dark room with a pitfall set in the floorboard, dropped it and ran away. 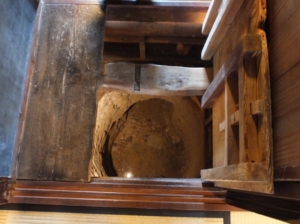 The pitfall is about 3 meters deep, too high to escape on its own. In addition, the pitfall was connected to an underground passage, which was also used as a loophole to the outside of the house.

This is a rope ladder to escape from the third floor to the first floor. 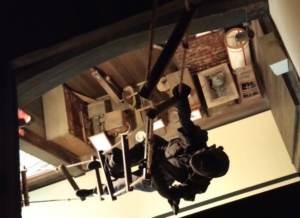 In Koka Ninja House, there’re not only stairs but also rope ladders so that you can move quickly between the first and third floors.

After they checked where the enemy went up to the third floor, they took it off from the bottom and they were escaping through the underground passage.

This trick is Hidden Closet on the 1st floor of the Ninja House. 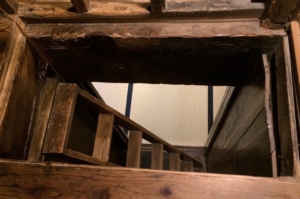 At first glance, it looks like just a floor, but when you open the lid, there’re stairs, which lead to the underground passage, and it leads to the house next door. 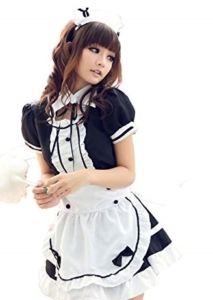 There’re not only general four-squared and swastika-shaped, but also folding cross-shaped shuriken and three-dimensional shape. 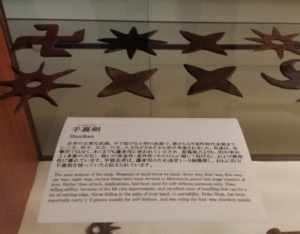 You can also see a rare vegetable Makibishi that a ninja scattered while escaping to injure a pursuer. 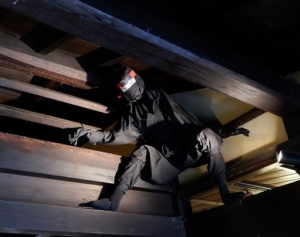 Ninja (doll) lurk all over the house and you can feel the atmosphere of Ninja at that time.

I recommend you to visit Koga Ninja House and Koka Ninja Village together and experience the history and wisdom of Ninja.

What do you think about Ninja? Ninja cos ...

The Suzuka mountain range runs along the ...

The Quick Work of Making Rice Cakes in Nara 🍚

Mochi is a sticky traditional Japanese i ...