N-Gauge is a model railway with a scale of 1/150 and is called N-Gauge because the rail width is 9 mm (Nine).

It’s the most popular in Japan, and its big feature is that we can enjoy it on a table or in a small space. It takes less space than HO scale (Scale 1/80). 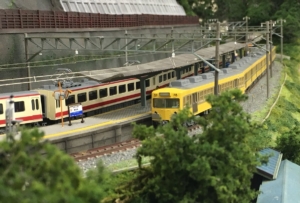 I’ll explain the basics about N-Gauge to you.

Electric power running on the rail rotates the motor of the car. If you buy the “Endless Basic Set" described later, you’ll have everything you need. When connecting the rails, be sure to insert them slowly on a flat surface such as a desk. If it floats at the joint or there is a gap, it will cause the wheel to slip off. How to load a car

When you put a car on a rail, you should use a tool called a Re-Railer. Place the Re-Railer on the straight rail and slide the cars slowly. When the cars are completely on the rail, remove the Re-Railer.

How to drive a car

Driving a car is easy.

Turn the direction switch on the left side of the Power pack from stop to forward. Then turn the speed dial on the right and the train will start running.

To back up the train, set the speed dial back to its original position, and then change the direction switch from forward to reverse. Rail differences between Kato and Tomix

The big difference between the two companies is the feature of the rail. The rails of the two companies are not compatible, so you have to decide which one to use first. However, if the car is for N-Gauge, you can run on either rail.

I recommend KATO for beginners.
The reason is:
1. The base of the rail is wide so it is stable.
2. A unijoiner is used for the joint of the rail, so it is easy to put on and take off, and it’s less likely to cause power failure.
3. Since there’s a double-track line, a double-track layout can be easily constructed.

On the other hand, TOMIX has a lot of special rails and the width of the rails is narrow, so the layout is more flexible. If you really want to enjoy N-Gauge like diorama, I think this is good. 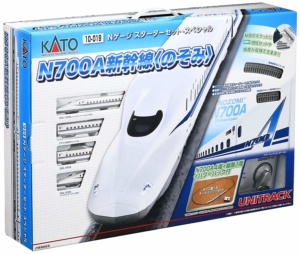 If you don’t have your favorite cars in the introductory set, you should buy rail set and cars separately.

is a set of rail that can be assembled with endless rail, power pack and re-railer. Everything except cars is included. 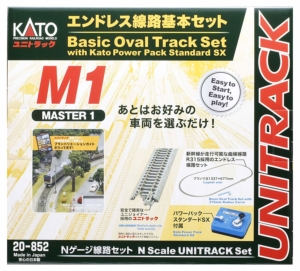 One thing to keep in mind when choosing cars is that there must be 1 power car (motor car) in the car set. All the car sets shown below include a power car.

N-gauge can be enjoyed by adults who can afford it.

Let’s run your own N-Gauge. I hope your play becomes more fun!

You can buy all the N-Gauge products in the picture on this page from amazon.co.jp.

While you are in Japan, you can ship them to your home or hotel, but unfortunately you cannot ship them overseas to your country.

You can use Overseas Forwarding Services to solve this problem. This is a very useful service that will make your online shopping more global! 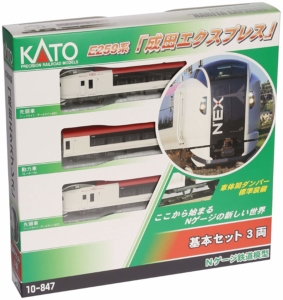 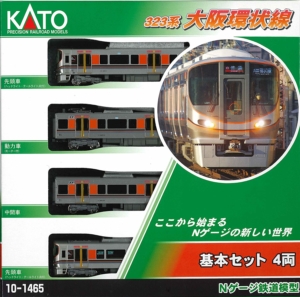 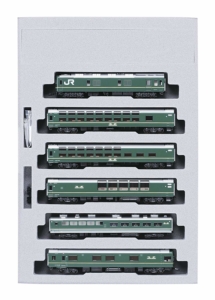 Railroad Runs Through in the Restaurant – Aioi Shokudo 🚃

Do you know that the Wakayama Electric R ...