The Ryosen-ji in Nara Prefecture was built in the 8th century, but since 1900, new facilities have been built one after another on the temple precincts, and it is known as a temple with a unique atmosphere. 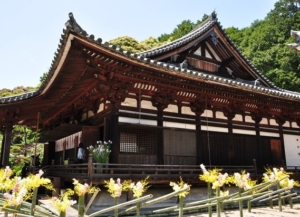 I would like to introduce you to many of these facilities, but one of the most unique is the painting of hell, which is contrasted with “Michelangelo’s Last Judgment" and so on.

The main hall was built in 1,283 and is designated as the National Treasures. Inside the main hall, there are many statues of Buddha that are designated as important cultural property such as the seated statue of Yakushi Nyorai. 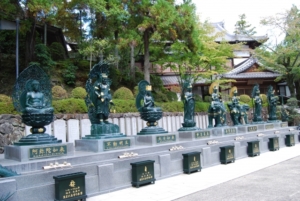 The symbol of the temple, the three-storied pagoda (Important Cultural Properties), is also preserved and managed in a clean state. The vermilion exterior makes the landscape even more spectacular. 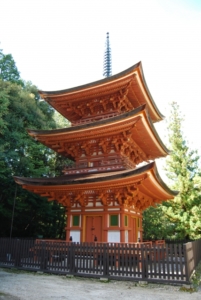 The Sanmon (The main gate of a Buddhist temple) at the entrance to Ryosen-ji is Torii gate. Torii is usually found only in shrines, as typified by Fushimi Inari Shrine. The temple and Torii combination is quite rare and rarely seen elsewhere. 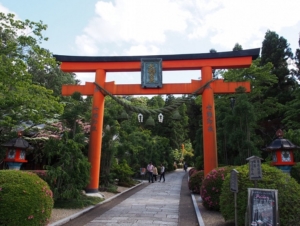 The rose garden can be said to be a new landmark of Ryosen-ji, which was built in recent years, and roses of 200 varieties and 2,000 roses create a spectacular view every spring and autumn when they are in full bloom. 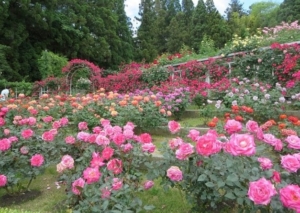 Today Ryosen-ji is more famous for its rose garden than for its temples, and when roses are in full bloom, the garden is crowded with tourists. The rose garden is not particularly connected to Ryosen-ji’s history, but rather is a modern European garden that was built to attract more tourists. Because it is built on the site of the temple, it is said that the combination of Japanese style and Western style is rare. 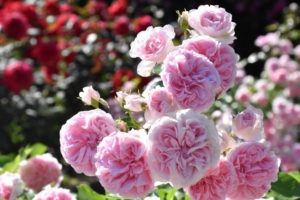 The Hall of Gold and Platinum 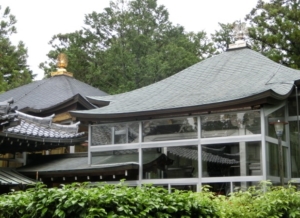 It is a modern building made of reinforced concrete, and everything inside is a hall covered with gold leaf or platinum leaf. 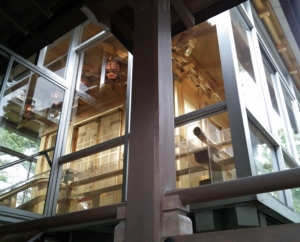 Ogon-den (The hall of gold)

The Ogon-den and Hakkin-den are arranged to be contrasted by buildings of the same size and shape. Gold leaf is often used to decorate buildings, but the hall decorated with platinum leaf is very rare and can only be found here.

Is there anyone who is a little disappointed that Ginkaku-ji in Kyoto is not covered with silver leaf?

Looking at these 2 halls, I guess they made a lot of money from rose garden.

Jigoku-do (The hall of hell)

There is a white hall standing quietly in a corner of a small mountain in the precincts. Here is a painting that is said to be contrasted with “Michelangelo’s Last Judgment". 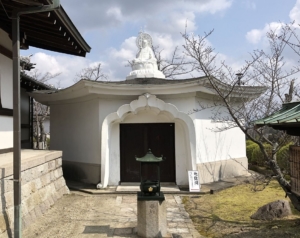 When you enter the hall, you can see the picture of hell decorated all around the wall. 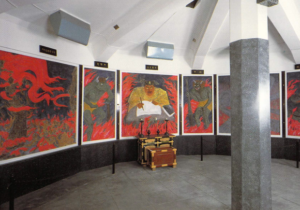 Enma Daio is the presiding judge who judges the dead. He judge people who committed crimes in their lives but did not make amends. He makes such people go to hell. 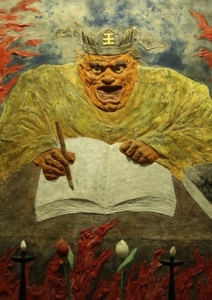 Enma Daio (A judge of hell)

This picture depicts the state of hell. a bird with a sharp iron beak, devouring the sinners’ eyes. It is a punishment that a person who steals a person’s eyes and commits a crime or deceives. 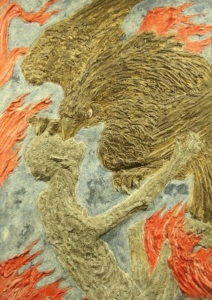 This is a hell where people who have committed a crime of speaking such as lying or bad-mouthing others fall. The ogre is cutting the man’s tongue. 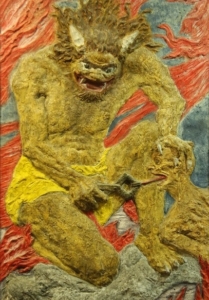 The scariest thing about Hell is that you can’t get out of it forever.

Ryosen-ji is thus a temple that has succeeded in diversified management. There are many kinds of modern facilities, but it is a historic and wonderful temple.

Please visit when you have a chance to go to Nara! 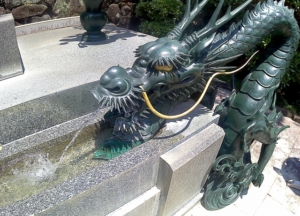 Dinosaur Wonderland in the Cave – Wakayama 🦕