Senkoji Temple, located in Hirano-ku, Osaka City, is said to date back 1,300 years. Prince Shotoku, who used to be a portrait of bill in Japan, built the Yakushi-do Hall there, and the town developed around it. It is one of the historic temples in Kansai. 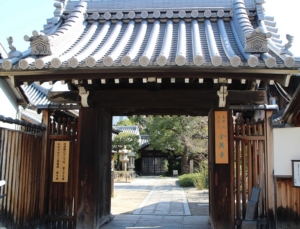 A part of the main hall was destroyed by fire in the first civil war of the 17 century, but it was rebuilt in 1661 and is an important building with a long history. 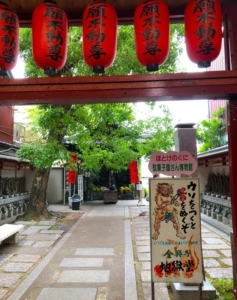 Now, this Senkoji has some unique exhibits.

According to Buddhist teachings, it depends on what a person did when he was alive, and whether he goes to heaven or hell after death. The judge who makes the decision is Enma Daio, who lives at the entrance of the world after death.

In this temple’s Jigoku-do (Hell hall), you can meet Enma Daio while you are alive!

Then, let’s go into Jigoku-do right away! Are you ready? 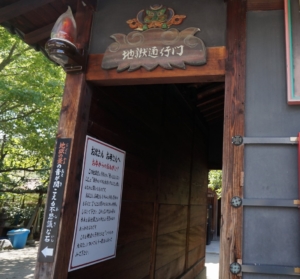 This is the entrance of Jigoku-do.

When you go through the entrance, you will see an ogre with a scary face on your right hand. It is a very eerie scene in the dim hall. 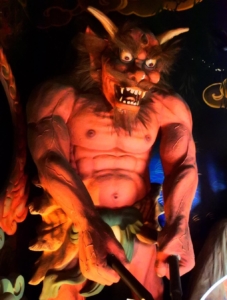 You may not know there is such a scary face in this world, but please don’t worry. This is hell.

It is hard for you to notice that the ogre distracts you, but there is an old woman to the right of the ogre. It seems that this old woman’s job is to strip off the dead person’s clothes. 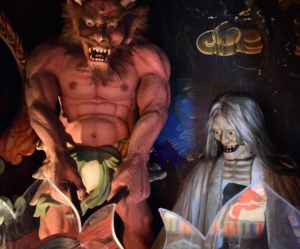 And on the left side of the ogre, Enma Daio, the most fearful, and judges of hell are waiting. Both dolls are made realistically and this hall looks like a haunted house. 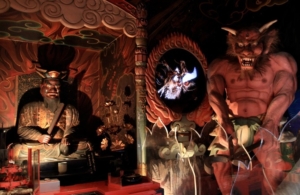 This Hall has a gimmick, and the image is displayed on the screen next to the ogre. It will tell you what hell is like. 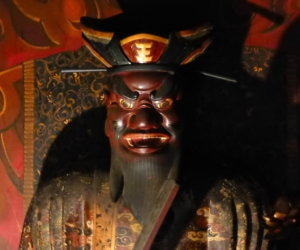 It is said that Enma Daio knows everything about what you did when you were alive. The ogre has scissors in both hands. If you lie during an interrogation by Enma Daio, this ogre will cut your tongue.

Probably, the purpose of this Jigoku-do is to warn people to go to hell if they do something bad.

Now, let’s calm yourself down with Hotoke-no-Sekai (The world of Buddha) after the horrible hell. 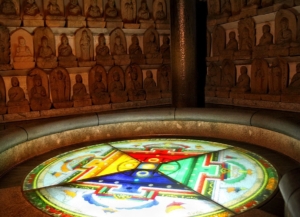 This is an underground space with stained glass with mandala patterns.

151 Buddhist statues on four sides of the wall are lit by candlelight. The mandala pattern that floats in obscurity by the light from below is fantastic. 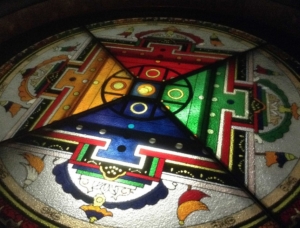 If you sit in this center and meditate comfortably, you may be able to see the world of Buddha.

You can see a rock with a big hole near Jigoku-do in the precincts. This rock is said to be able to hear “The Sound of the Hell Cauldron"! 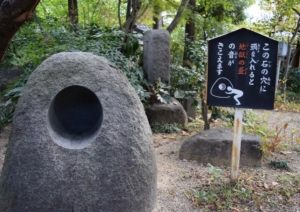 It’s a bit silly to hear the sound by poking your head in, but please listen to the sound of the hell cauldron.

The power of Jigoku-do is totally different between seeing the picture and seeing the actual thing.

Why don’t you take a look at the world of hell while you’re alive?

The southern part of Wakayama Prefecture ...

Do you know that there's a shop in Osaka ...

In Osaka and Kyoto, it is said that ther ...

There may be many people who have seen a ...