Iwafune-jinja Shrine in Katano City, Osaka Prefecture is known for a cave tour where we climb through the gap of a giant rock. It’s a way of worshipping like Indy Jones. 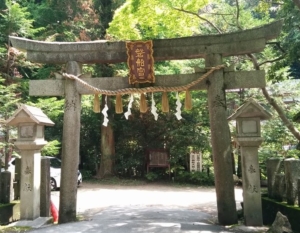 It looks like an ordinary shrine, but we will be surprised if we go there. What kind of place is it?

Inside the Tower of the Sun – Taro Okamoto’s World
Sandanbeki Cave – Mystical Experience in Shirahama, Wakayama

What kind of shrine?

Iwafune-jinja is located in a natural area where a stream flows through Katano City. I see many people who enjoy hiking there because the air is good.

When I enter the precincts, huge rocks stand out, but there’re no unusual signs, so we may pass by. 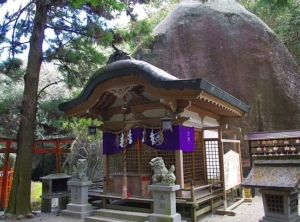 By the way, Japanese people originally believed in Shinto until Buddhism was introduced. Shintoism is the idea that there’s no absolute God and God resides in everything. 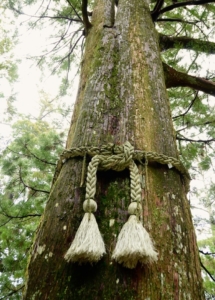 At present, few Japanese believe only in Shintoism, but the idea of Shintoism is rooted in the minds of the Japanese.

The idea that God resides in everything is not an absolute existence but a familiar existence for the Japanese. Because that idea has taken root, I don’t think Japanese people treat things poorly.

That’s right! This is a shrine where the god of rocks is. And we can find the greatness of this shrine in the back of the worship hall.

First, let’s apply for a rock tour at the shrine office. In exchange for an admission fee (500 yen), a white sash will be handed over. They will explain the precautions to us. 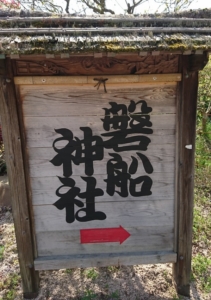 If you make a mistake, your life may be in danger, so please follow the advice of the shrine office.

At the shrine office, we may feel a little annoyed because they tell us more precautions than necessary.

But if we go inside, we know what it means. It’s a gigantic stone cave like the world of “Indy Jones" or “Tomb Raider"!

We’ll be overwhelmed by rocks that are much taller than you. But we’ve already paid the admission fee, so we can’t go back. 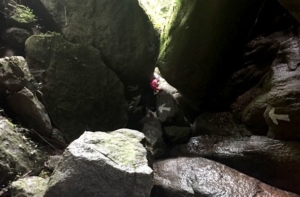 Looking at the direction marks on the rock, we have to slide our body between the rocks and climb up the rocks that slide with moisture.

Ladders and steps are installed at a minimum. Of course our clothes will be covered with mud. It’s harder than we expected. 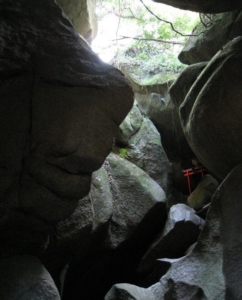 It takes about 30 minutes to go through the rock cave. Then we can see the mysterious ruins. This is the destination. 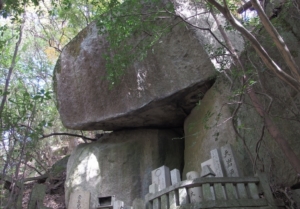 Let’s pray to the god of the rock. It seems that there will be good luck as a result of the hard work.

By the time we return, we’ll be one with the rock!

There’s a big suspension bridge in the natural park near Iwafune-jinja. During the fall foliage season, the surrounding mountains turn red and yellow. We can enjoy walking in the air while looking at the 360 degree panorama. 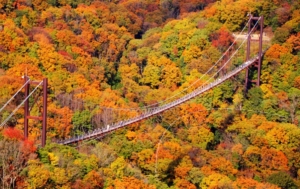 The best time to see the fall foliage is from the middle of November to the beginning of December, so I recommend you to visit Iwafune-jinja around this time.

A kart driven by a professional racer ha ...