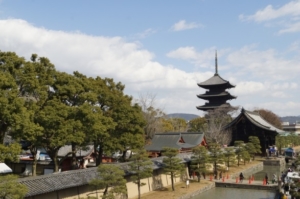 To-ji has a history of over 1,200 years and is the temple of Kobo Daishi Kukai, the founder of the Shingon sect. Many people came to visit the temple on the 21st, the anniversary of Kukai’s death. The Kobo-Ichi started when he sold tea and medicine to them. 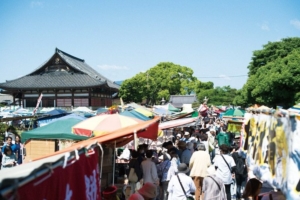 On the 21st of each month, stalls line up not only on the precincts but also on the outside roads. More than 1,200 of them. The products are mainly antiques, ceramics, kimonos, miscellaneous goods and Japanese historical items. 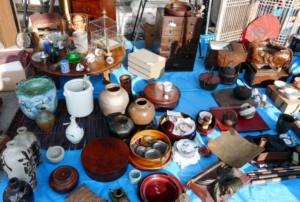 There’re many antique shops, and the prices are lower than those of other free markets, so we can often find bargains.

This time I’ll introduce the bustle of Kobo-Ichi.

As it’s called an antique market, many people think of antiques and old tools when they think of the standard items lined up in the market. Of course, many antiques are handled in Kobo-Ichi. 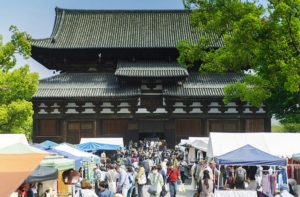 Today, about 1,200 stalls stand inside and outside the precincts, and about 200,000 people visit every time. First-time visitors will be overwhelmed by the size and number of people in Kobo-Ichi. 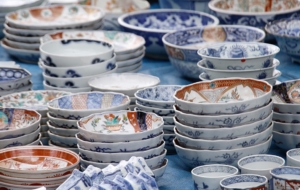 Many foreigners also visit here in search of Japanese historical goods. Ceramics, kimono and Japanese dolls are especially popular among them. I often see foreigners who enjoy trying on Kimono on the spot. 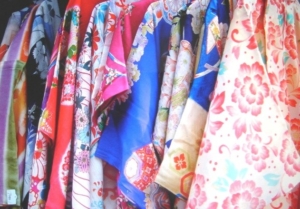 There’re many kitchen knives for cooking. Other than that, pots and pans are also sold. 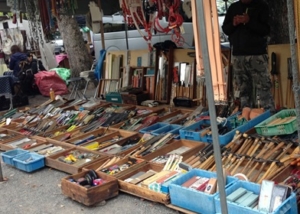 You will get hungry if you go around the narrow street stalls in the large precincts. But don’t worry. There’re many shops related to eating and drinking. It would be good to take a rest at such shops and enjoy stalls again.

How was it? Did you understand that Kobo-Ichi is a large antique market with everything?

In particular, on January 21, Kobo-Ichi is crowded with more stalls and people than usual, so we can enjoy the best part of Kobo-Ichi.

Find your treasure in Kobo-Ichi and make it a memory of your trip!

Kansai International Airport (KIX) is an ...

Arashiyama is one of the best sightseein ...

What do you think about Ninja? Ninja cos ...

There’s a shopping street with many Yoka ...

When it comes to capsule hotels, We have ...