Located at the foot of Mt.Ikoma on the Osaka side of the border between Osaka and Nara prefectures, Ishigiri-jinja Shrine is known as the god of cancer, skin and other diseases. 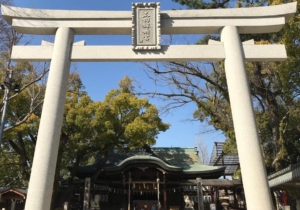 The official name is Ishikiri Tsurugiya-jinja. Believing in the divine power of this shrine, many people from all over the country visit the shrine. And the shopping street in the approach is very unique.

When you arrive at the shrine, you will see people making many trips back and forth between the main shrine and the small stone pagoda. 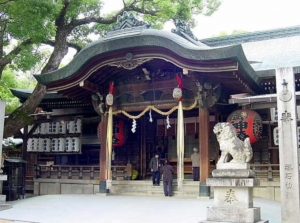 This is a prayer called Hyakudomairi. It must be the only shrine in the country where you can see so many people doing Hyakudomairi together. 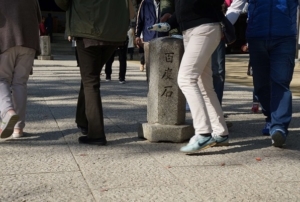 This is proof that it is believed to have a strong ability to cure cancer and other diseases.

Many women’s clothing stores, pharmacies, Japanese confectionery shops and tsukudani shops stand along the approach from the shrine to the middle of the mountain. 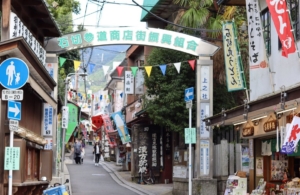 As the saying “Sugamo in the east, Ishikiri in the west" suggests, the shopping street has an atmosphere similar to that of Sugamo Jizo Dori in Tokyo.

The specialty of Ishikiri is a sweet called Katayaki. Katayaki is an extremely hard rice cracker that has been introduced on TV many times because of its strong hardness. 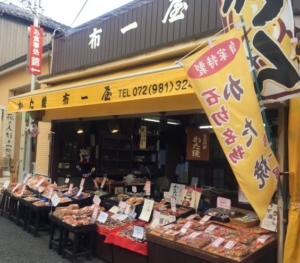 There are several shops selling Katayaki, but the shop called Nunoichiya is the hardest in the shopping street. 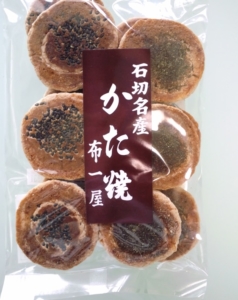 Katayaki’s thickness is about 8 mm, and it looks hard as rumored. I tried to bite it, but it didn’t move and there was no sign of breaking!

Katayaki are jast sweet, bat they are as hard as Arita-yaki ware. If I bite them hard, my tooth may break. 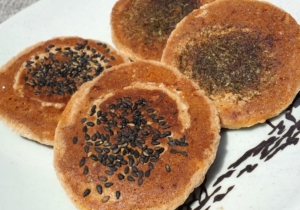 I asked the shop staff and they told me that there is a way to eat in Katayaki. I heard that it is good to crack Katayaki against each other and eat the chipped thing little by little. It is dangerous to bite directly, so let’s not.

There are two flavors, one with green laver and the other with black sesame. Both taste simple and sweet. Katayaki are Japanese sweet that you should try when you come to Ishikiri! 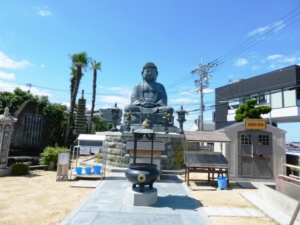 Speaking of famous Daibutsu in Japan, there are Nara Daibutsu and Kamakura Daibutsu, and Ishikiri Daibutsu is identified as one of Japan’s three biggest Daibutsu along with them.

The Ishikiri Daibutsu is about 6 meters high including the base, which is a little smaller than the Nara or Kamakura Daibutsu which is over 10 meters high. 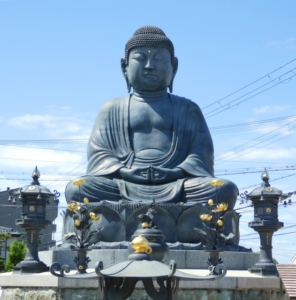 But it’s not just size that matters. When I look at the majestic appearance of Daibutsu, I feel at ease. It’s a good opportunity, so let’s pray well.

The Ishikiri area may not be familiar to foreigners. However, traditional Japanese scenery and buildings still remain. 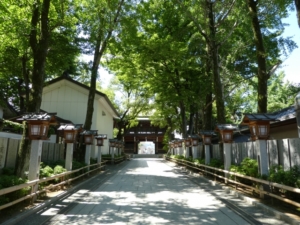 If you take a walk leisurely on the approach to the shrine, you may find something unexpected or interesting!

Do you like antiques? Kyoto is a great l ...

JUMP SHOP is a dream shop with everythin ...

There're four seasons in Japan, and the ...